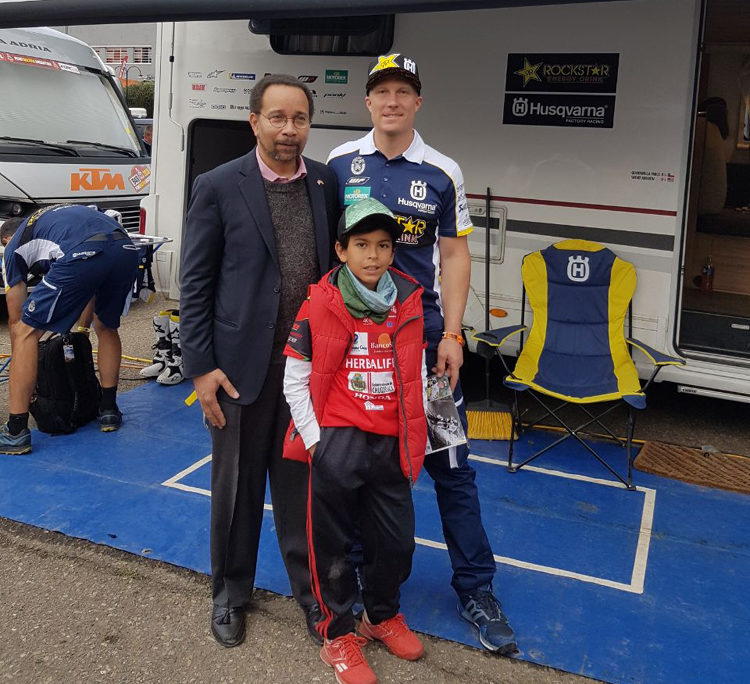 During his first month in Bolivia, the U.S. Chargé d’Affaires Bruce Williamson had the opportunity to learn more about the components of the Dakar Race in South America.

He spoke with several of the drivers from Race Team Toyota and showed his support for U.S. motorcyclist Andrew Short.