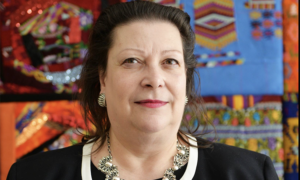 The United States Embassy in La Paz is pleased to announce the arrival of Chargé d’Affaires in Bolivia, Charisse Phillips. Chargé Phillips joins us from her most recent assignment as Minister Counselor for Consular Affairs in New Delhi, India, and has previously represented the United States in Guatemala, Peru, and El Salvador.

Upon arrival, Chargé d’Affaires Phillips made the following statement:
“As the new U.S. government representative in Bolivia, I will continue to expand the commercial, educational, and cultural ties between both countries. My priority is to strengthen my country’s relationship with Bolivia rooted in our shared democratic values and responsive to the aspirations of our two peoples.”

Chargé d’Affaires Charisse Phillips has 34 years of experience as a career Foreign Service Officer. Previously she served as Senior Advisor for Hostage Affairs in the Bureau of Consular Affairs, as Deputy Chief of Mission at Embassy Guatemala City, and as the Deputy Principal Officer in Frankfurt, Germany. Other postings include Assessor in the Office of the Board of Examiners; and Consul General in Lima, Peru, and in Vienna, Austria. Her primary foreign languages are German and Spanish.

Ms. Phillips holds a Bachelor’s Degree in Philosophy and in Government from the College of William and Mary in Virginia, and Master of Arts in Foreign Affairs from the University of Virginia. She is married to retired Foreign Service Officer Gregory Phillips. They have two sons.