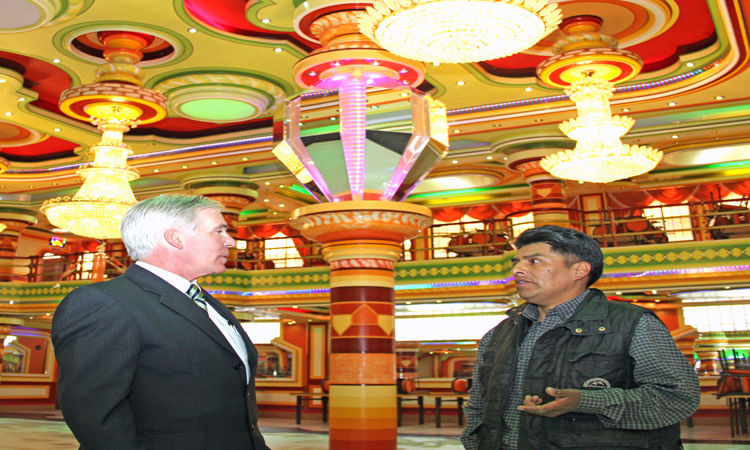 He has one of the most creative minds in Bolivian architecture. His nearly 100 works, known as samples of the New Andean Architecture, have marked a before and after in urban design in El Alto. He is Silvestre Freddy Mamani, an architect who is packing his bags for three weeks to explore entrepreneurship in the United States in November. While he is better known for his role as a creative architect, Mamani is also one of the most successful entrepreneurs in El Alto. His construction company, Constecmj, generates 60 jobs. Mamani is very interested in learning how entrepreneurship is promoted in the United States.. Freddy Mamani was chosen to participate in the International Visitors Leadership Program of the U.S. Embassy along with 19 other Bolivian professionals from different lines of work who will participate in programs over the next 12 months. During the program, Mamani will visit companies, universities, and foundations that support small businesses and entrepreneurs in Chicago, Pensacola, Mobile, Las Vegas, and Washington D.C. He will also participate, along with other Latin American entrepreneurs, in marketing workshops and will learn about the best practices in the world of business. Mamani will meet with representatives of local, state, and federal government agencies that promote and support small American entrepreneurs.