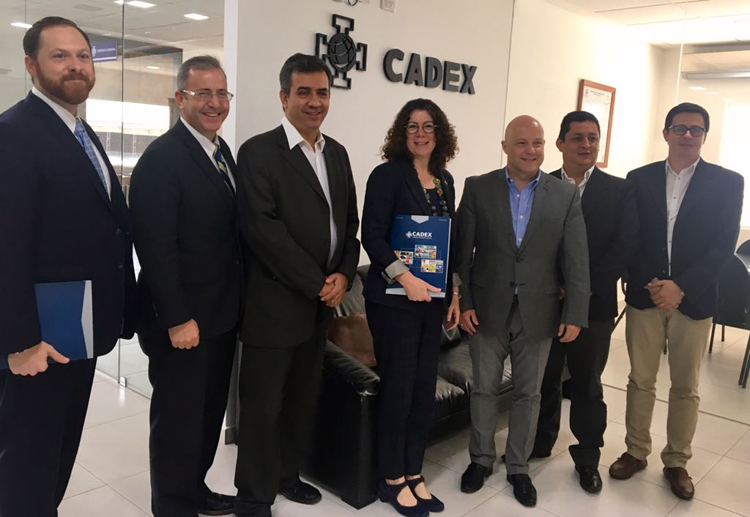 Marianne Scott, the new Deputy Chief of Mission at the U.S. Embassy, visited Santa Cruz the last week of September during the city’s anniversary celebration.  Ms. Scott met with the senior officials of the region and representatives of important Cruceño institutions, such as CAINCO, CADEX, and IBCE. She also visited the modern facilities of the bi-national educational organization, Centro Boliviano Americano (CBA), and met with entrepreneurs who run U.S. companies and franchises in Santa Cruz. The DCM inaugurated the U.S. Pavilion at the ExpoCruz Trade Fair and participated in a wonderful reception sponsored by the American Chamber of Commerce of Bolivia (AMCHAM) at the fair.

After her visit, Ms. Scott commented that she was impressed by the dynamism and economic growth of the city and its surroundings and especially by its development in agroindustry. “I loved meeting the people of Santa Cruz and I enjoyed their great food, especially ‘majadito,'” she said. Ms. Scott also expressed her desire to return soon to learn more about the culture and history of Santa Cruz.