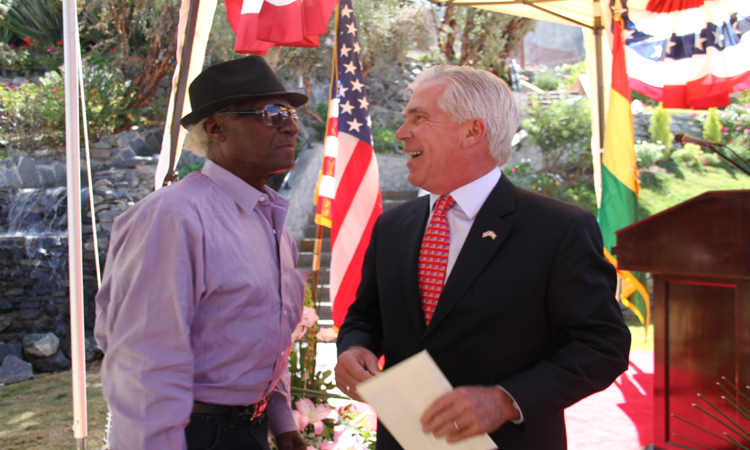 part of its cultural programming, the U.S. Embassy had the honor to sponsor the visit of the last Bluesman of the Delta, Jimmy “Duck” Holmes, who participated in a series of concerts and workshops with Bolivian musicians and students, from June 26th to July 2nd. Mr. Holmes performed in the two Embassy 4th of July receptions held in Santa Cruz and La Paz.

He was also the main guest artist of the International Blues Festival in La Paz. Jimmy “Duck” Holmes is one of the most original and uncompromising country blues musicians playing today, as he preserves the Bentonia Blues tradition taught to him by the original creators of the genre. Enthusiastic crowds enjoyed the concerts in both cities and discovered the rich and raw sound of traditional American blues.