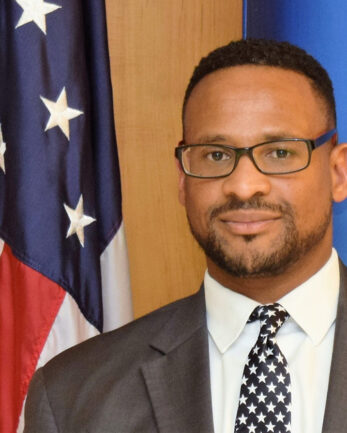 Jarahn Hillsman is a career diplomat with nearly eighteen years of service with the U.S. Department of State. Prior postings including Deputy Chief of Mission in Equatorial Guinea, Deputy Political Section Chief in Honduras, Political Officer in Ecuador, and Vice Consul in El Salvador. He also served as Political Officer in Uganda. In Washington, Jarahn served as Economic and Commercial Officer in the Office of Multilateral Trade Affairs and head of the Economic Unit in the Office of the Coordinator for Cuban Affairs. He was the State Department’s 2011-2012 Lawrence Eagleburger Corporate Fellow to Medtronic Incorporated.

Jarahn holds a B.A. in Urban Studies and Planning from California State University Northridge and a Masters in International Affairs from Columbia University. He is a native of Los Angeles, California.