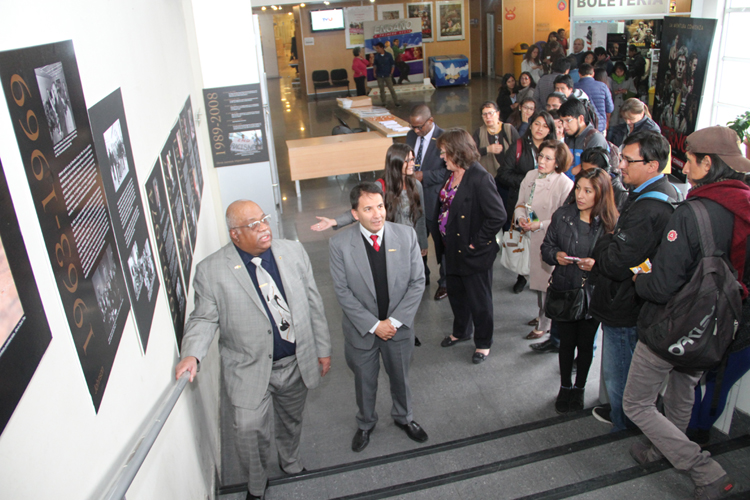 Charles Allen, son of the famous White House butler Eugene Allen, visited Bolivia between February 26 and March 3, to talk about the struggle for civil rights in the United States and to discuss the movie “The Butler,” which is inspired in the life of his father, Eugene Allen.  His father worked in the White House for 34 years and for eight U.S. presidents. During his presentations in Santa Cruz, Cochabamba and La Paz, Charles Allen met with more than 1,000 Bolivians, including students, civil rights activists, and members of the general public. In addition, 24 Afro-Bolivian students from Sucre, who are part of the College Horizons English scholarship program, participated by videoconference at one of Allen’s talks in La Paz. This U.S. Embassy program was one of the celebration for U.S. Black History Month.