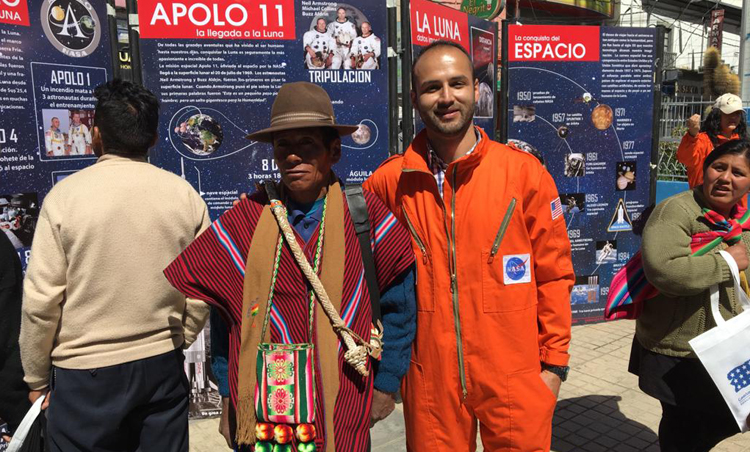 In August, The United States joined the people of Oruro to celebrate the 50th anniversary of the Apollo 11 mission’s moon landing.  Cultural Affairs Officer Kathryn Holmgaard joined a local astronomer and alumni of U.S. exchange programs in the Inspira network to discuss space exploration, the moon landing, and study in the United States with more than 500 students from four school.  135 movie lovers turned out to watch the biographic film about the life of astronaut Neil Armstrong First Man.  More than 1,000 Oruro residents learned about the history of space exploration and the United States’ plans for future missions at the Plaza Castro de Padilla.