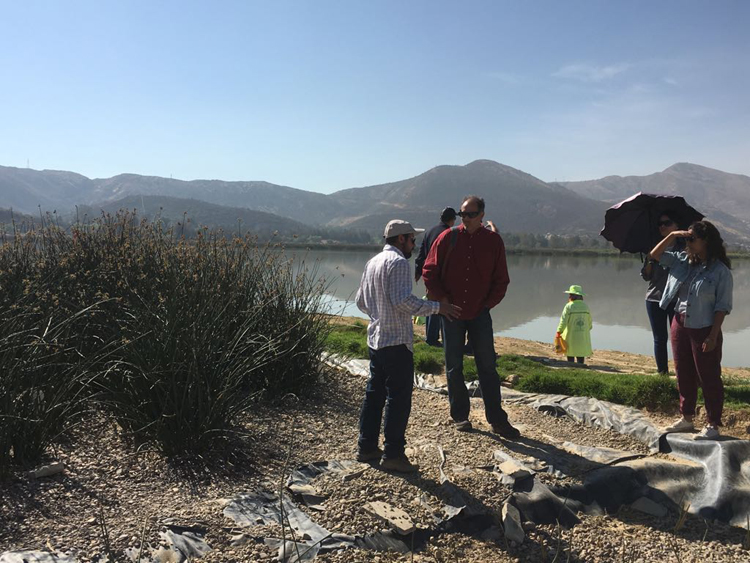 Two water experts from the United States visited Bolivia the last week of August 2017, to participate in an International Symposium on Water Resources Management, organized by the Catholic University of Tarija.  The two speakers were Dr. William Asquith from the U.S. Geological Survey (U.S.G.S.), who is also an adjunct professor at Texas Tech University, and Dr. Fernando Miralles-Wilhelm from the University of Maryland who is a Professor at the Department of Atmospheric and Oceanic Sciences and also the Interim Director of the Earth System Science Interdisciplinary Center (ESSIC).  For both of these visitors, this was their second time in Bolivia, travelling as part of the Embassy’s U.S. Speakers Program, which brings experts on a variety of fields to Bolivia to talk to and interact with their counterparts.  The experts both addressed a variety of topics during their time in Bolivia including management of water resources, water security in Latin America, the indiscriminate use of groundwater, the importance of hydrological data collection and the links between water, energy, and food.  The experts also met with municipal and national authorities in La Paz and Cochabamba. Nearly 2000 thousand people participated in the various meetings and conferences given by both guests at Catholic University and The University of Juan Misael Saracho in Tarija and in the public universities of San Andrés in La Paz and San Simón in Cochabamba.  Dr. Asquith also gave a master class at UNIVALLE University in Cochabamba.