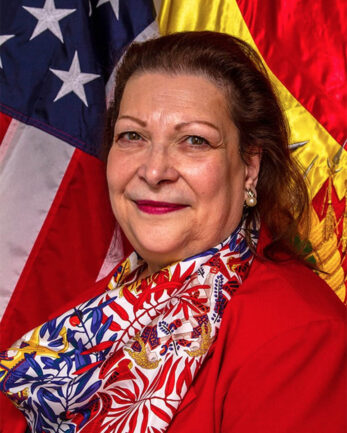 Charisse Phillips recently completed an assignment as Minister Counselor for Consular Affairs in New Delhi, India. Prior to that she served as Senior Advisor for Hostage Affairs in the Bureau of Consular Affairs, at the Department of State. She served as Deputy Chief of Mission at Embassy Guatemala City, from 2014 to 2017, and as the Deputy Principal Officer in Frankfurt, Germany, from 2011 to 2014. Other postings include Assessor in the Office of the Board of Examiners; Consul General in Lima, Peru, and in Vienna, Austria; and Director of the Office of Fraud Prevention Programs. She joined the Foreign Service in 1986, after working at the U.S. Embassy in Mexico City, and her subsequent postings included Madrid, Spain; Hamburg, Germany; and San Salvador, El Salvador. Her primary foreign languages are German and Spanish.

Ms. Phillips holds a Bachelor’s Degree in Philosophy and in Government from the College of William and Mary in Virginia, and Master of Arts in Foreign Affairs from the University of Virginia. She is married to retired Foreign Service Officer Gregory Phillips. They have two sons.