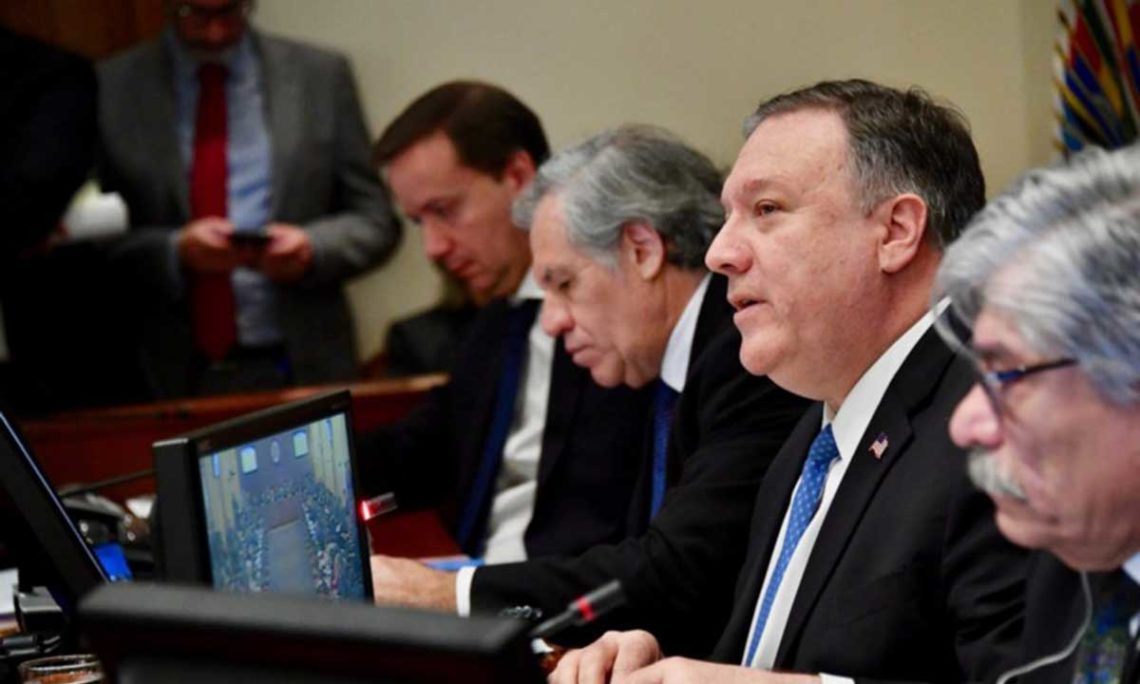 Secretary Pompeo's remarks at the Organization of American States.

SECRETARY POMPEO: Thank you very much. The United States is a friend of Venezuela and of the Venezuelan people. We have watched Venezuelans suffer for far too long. We know what they know, that the tyranny of the now defunct Maduro regime has far too long – for far too long choked the country and its citizens.

Yesterday, in solidarity with the Venezuelan people, and out of respect for Venezuelan democracy, the United States proudly recognized National Assembly President Juan Guaido as the interim president of Venezuela. You’ve seen the statements from President Trump and from myself.

Many other countries, including a number of OAS states, have also recognized the interim president. We thank them for their support.

It’s now time for the OAS as an institution as a whole to do the same. All OAS member states must align themselves with democracy and respect for the rule of law. All member states who have committed to uphold the Inter-American Democratic Charter must now recognize the interim president… (Full Statement)