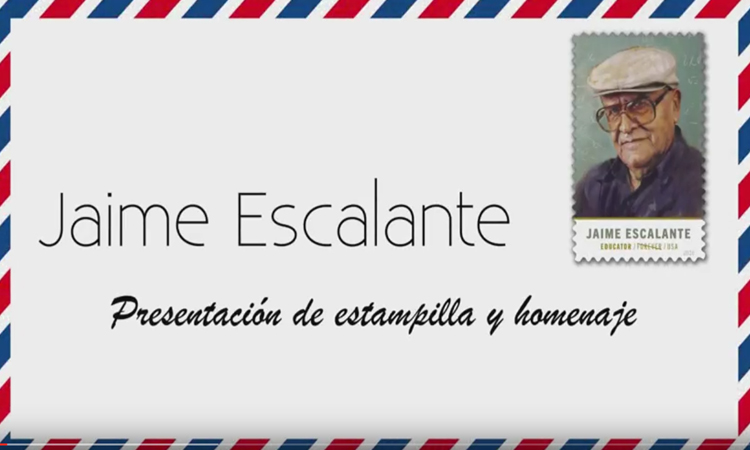 Jaime Escalante, the Bolivian professor, who inspired thousands of students, who taught mathematics with a unique method, who contributed to the training of youths qualified as rebels, was honored by the United States Postal Service with the issuance of a stamp with his image,
the image of Professor Escalante with his typical cap in front of the blackboard with symbols of calculation is added to great characters that were recognized by the United States.

To celebrate this tribute the United States Embassy organized a free function of the film “Stand and Deliver” which was also attended by the professor’s family.