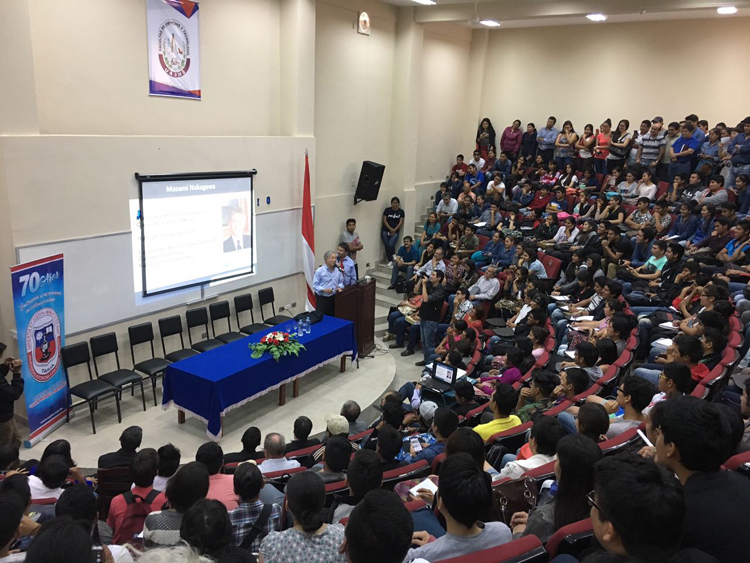 Dr. Masami Nakagawa, one of the world’s leading experts in geothermal energy, visited Bolivia between March 26 and 31 to promote the use of renewable energy and replace global dependence on conventional energy sources.

The scientist, a professor at the Colorado School of Mines, was invited by the Embassy of States as part of its US Speakers Program, to share his knowledge with more than 300 UTEPSA students from Santa Cruz, Juan Misael Saracho de Tarija and the academic unit of the Catholic University in Tiwanaku.  He also held meetings with AMCHAM affiliates, CBA students and members of the “young Science Club” in Santa Cruz.  He also met with local authorities in both the city of Tarija and the tow of Tiwanaku.